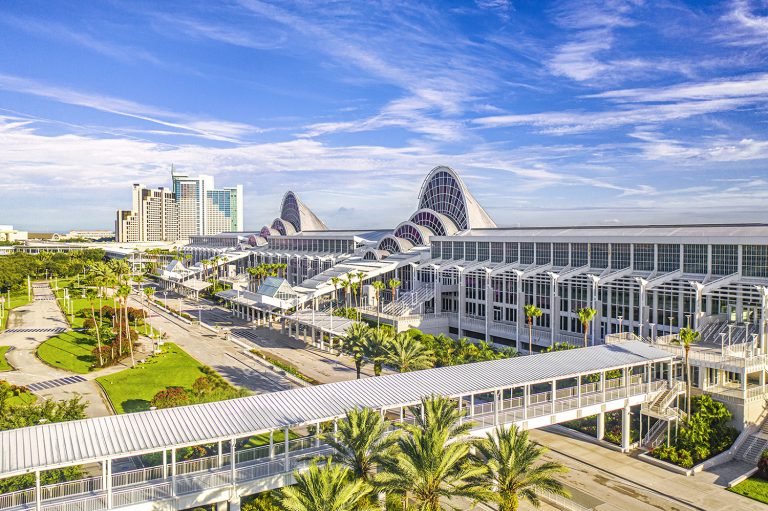 Along with Orlando, the latest version of GES’ Global Event Tracker reports Atlanta, Miami, Houston and Dallas as hosting major events of 2,000-plus attendees. Texas Governor Greg Abbott’s announcement this week that he is increasing capacity of all facilities in the state to 100% is welcome news for shows ready to move forward, such as the International Trademark Association’s annual event, which was moved from May in San Diego to November 15-19 in Houston.

Mark Yuska, CEO, Alliance Exposition Services, whose Together Again Expo reopened the Orlando’s OCCC to large-scale events last summer, is bullish on Texas. “Now that the industry has demonstrated how live events can be held safely, the next step is having confidence that the chosen location will be open for their return,” he said. “The opening of Texas provides the needed confidence to plan and invest in expositions within Texas over the coming months, and we look forward to more states joining Texas in the coming weeks.”

Among those taking initial steps to do so is Massachusetts, which will reopen Boston’s convention facilities on March 22, as long as they comply with gathering limits of 100 people indoors. Facilities of over 5,000 people can operate at 12% of capacity. However, all spring conventions have been canceled, the latest casualty being SecureWorld, which had been scheduled for March 25-26. The situation is the same in Las Vegas, which will raise its gathering size to 250 on March 15. All eyes are on the much-awaited World of Concrete show, scheduled to open at the Las Vegas Convention Center on June 8.

In Denver, Outdoor Retailer has moved its Summer Market from June to August 10-12, to be held in person at the Colorado Convention Center. The announcement by the show’s owner and organizer, Emerald, makes it the first major trade show in a year. With a $57.7 million economic impact, the last installation of the show in 2019 drew roughly 1,400 exhibitors and 25,000 attendees.

In Chicago, however, the news this week was disappointing, with two food industry trade shows canceling for the second consecutive year at McCormick Place: the National Restaurant Association and the International Housewares Association. Collectively, the two were expected to draw 126,000 people, with an estimated economic impact of $210 million, according to the Chicago Tribune.

Menu
× How can I help you?
This website uses cookies to improve your experience. If you continue to use this site, you agree with it.
Ok